Pets are part of the family in the majority of households worldwide. In APAC, attitude to pet ownership varies greatly across the region along with ownership rates.

More than half of people (59%) have a pet in their home, but there are quite big differences. On one side, there is Hong Kong, where 16% own a dog compared to 47% in Thailand and on the other side, Philippines with the highest rate – 67% owning a dog.


On average, in one third (32%) of the population in the twelve markets examined, dog has been confirmed as man’s best friend. Cats followed closely with 26% of pet ownership, the exception being Indonesia and Malaysia with an ownership rate of cats (47%, respectively 34%) outstripping ownership of dogs (10%, respectively 20%). Fish were the third most popular pet with ownership at 15% and overall 41% of respondents stated they are not raising any pets at the moment.


Which pets do you raise at home?

Studies have shown that having a furry companion can positively impact owners’ health, but also their lifestyle. So it’s not surprising to find out top 3 reasons to own a pet: ‘To feel less down, less stressed’ (41%), followed by ‘To have some company’ (36%) and To ‘feel more secure’ (36%). 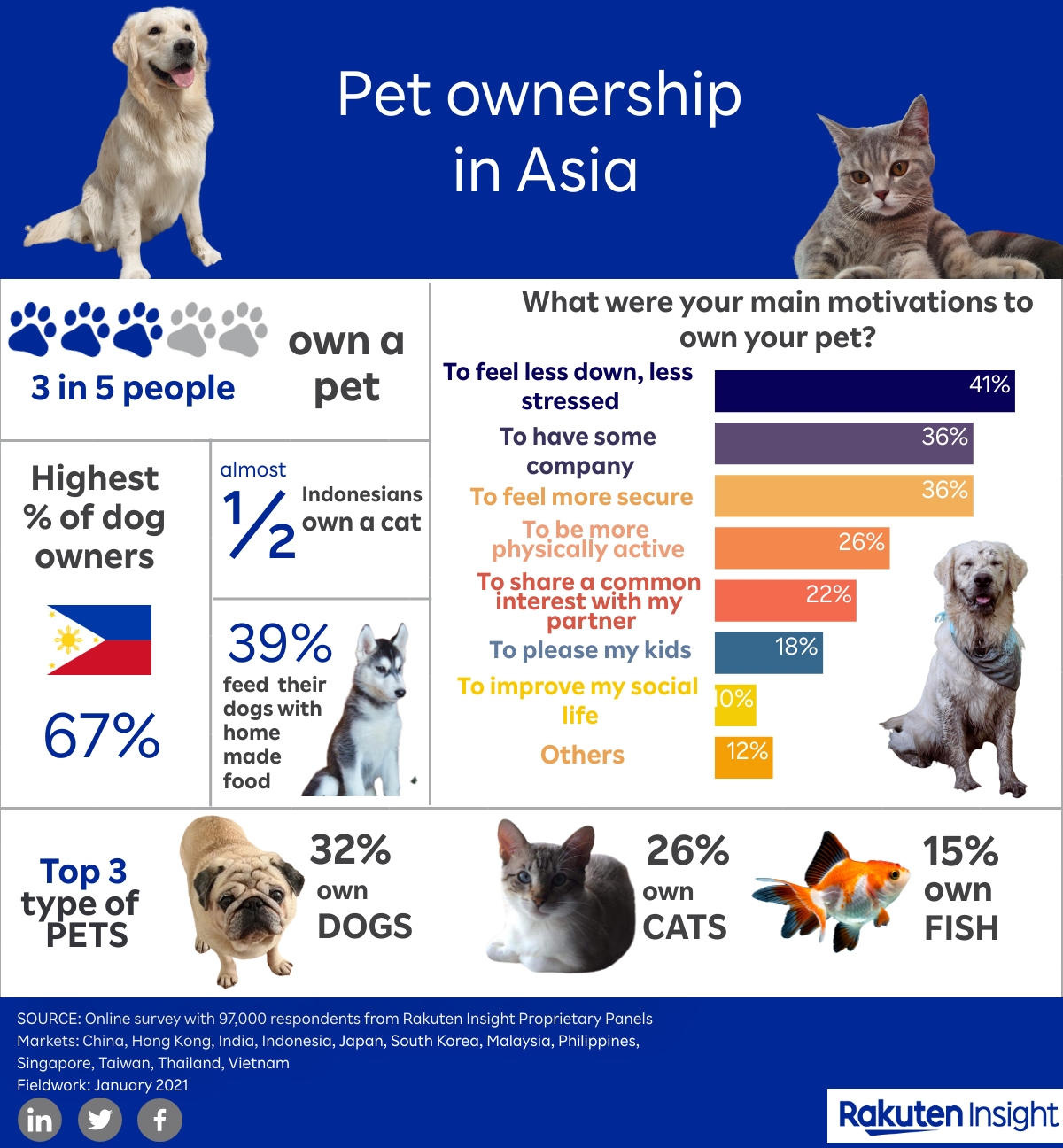 For more details about pet ownership, please reach out to us!

Share this
Research World: A cultural analysis of trust in data collection in Japan and South Korea Report: Next Normal to Future Normal for consumers in Asia and US