The pet care market in Asia is estimated to be over US$1B per year with expected growth to US$1.5B by 2020 and reflects the growing wealth of the region. Attitudes to pet ownership varies greatly across the region along with ownership rates. We will focus on Indonesia, Philippines, Thailand and Taiwan for this edition of Asia Express. Ownership of any kind of pet varies from a high of 83% in the Philippines to a low of 54% in Taiwan.

The arguments over dogs and cats are as old as the ages, and in three of the four countries examined it remains confirmed as man’s best friend. The exception being Indonesia with an ownership rate of cats (37%) outstripping ownership of dogs (16%). Pet ownership in Indonesia has only recently become a trend with the increasing urbanization of the nation. 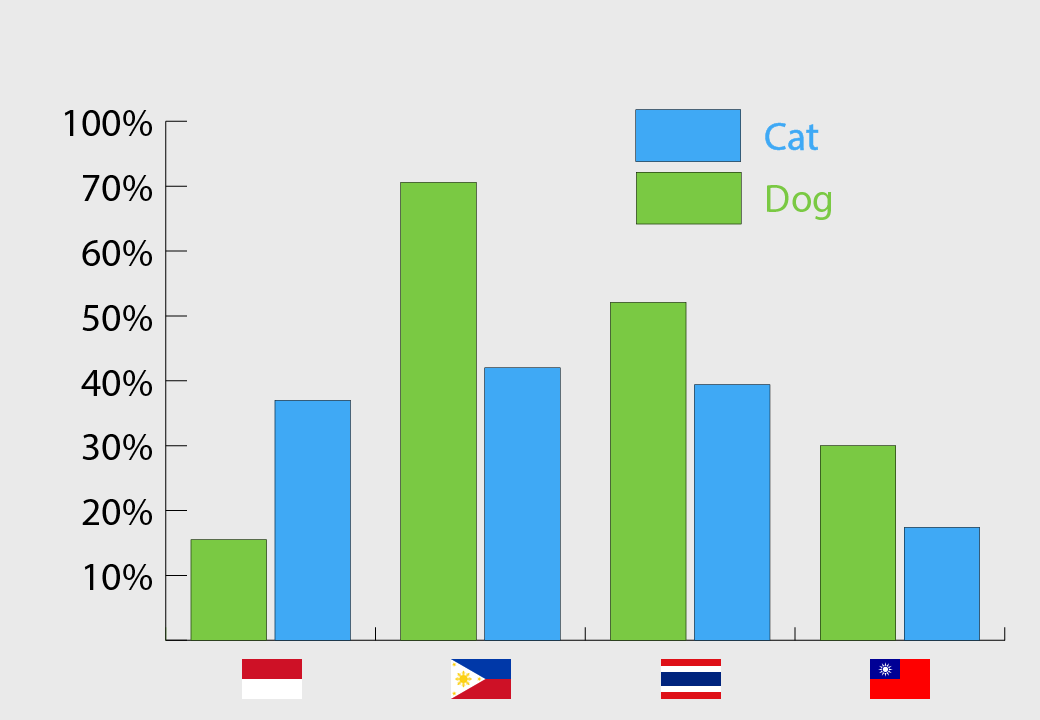 Another interesting outcome is the prevalence of fish ownership in Indonesia with 16% of people answering they own Goldfish (Philippines – 10%, Thailand – 12%, Taiwan – 10%) and 9% responding they own Tropical Fish – both highest amongst the countries asked.

Which pets do you raise at home

Share this
Who Do You Think Will Win?
Our Panelists think… Wearables in Asia