Environmental Concerns Gets Personal in Asia

On April 22, people from all walks of life from every corner of the globe, came together for Earth Day to raise awareness and devote a day to the future of our planet.

We often hear news about environmental issues, how it has affected our daily lives near and far. Asia has always been a region central to such news – a region blessed with rich biodiversity but prone to natural disasters and increasing issues that culminate from rapid economic development.

We began by asking what environmental issue has the most impact to your country. In all but two countries (Thailand and the Philippines), air and water pollution was the top pick for having the most impact on their country. For Thailand and the Philippines, it came in as second, right behind deforestation and climate change respectively. Climate change is consistently seen as a key concern for most countries.

Which environmental issue do you think has the most impact to your country? (Select one)

Data sorted by Top impact % by countries in Asia, followed by FR, US, UK 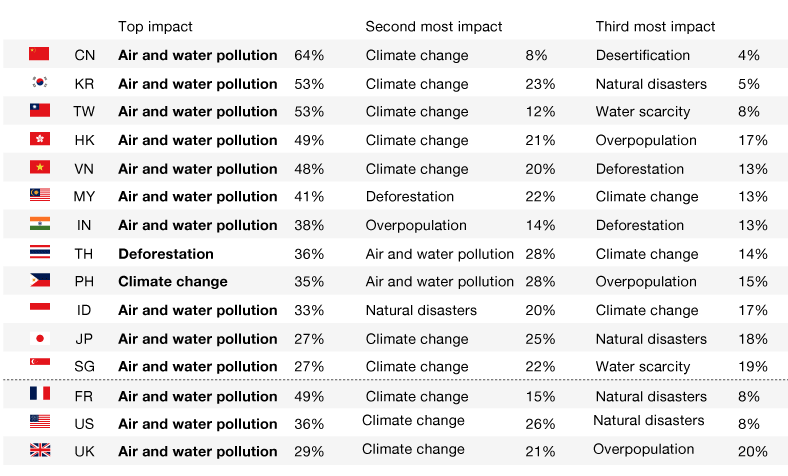 Country specific concerns begin to surface as we look closer at the second/third rankings – e.g. deforestation in Malaysia, Vietnam and India, over population in India, Hong Kong and the Philippines, natural disasters in Indonesia, Japan and South Korea, etc.

We then asked what single environmental issue has the most impact on you, personally. Astoundingly, air and water pollution was the top personal concern in every country, even for Thailand and the Philippines where it was previously second when asked at the country level.

Which environmental issue do you think has the most impact on you, personally?

Data sorted by Top impact % by countries in Asia, followed by FR, US, UK 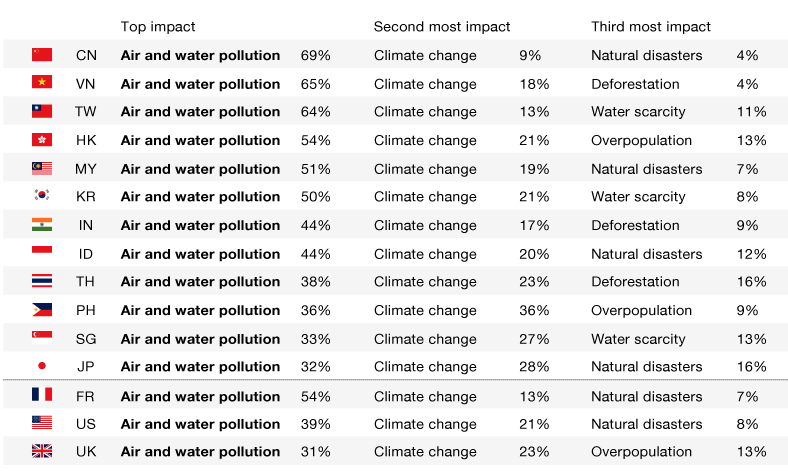 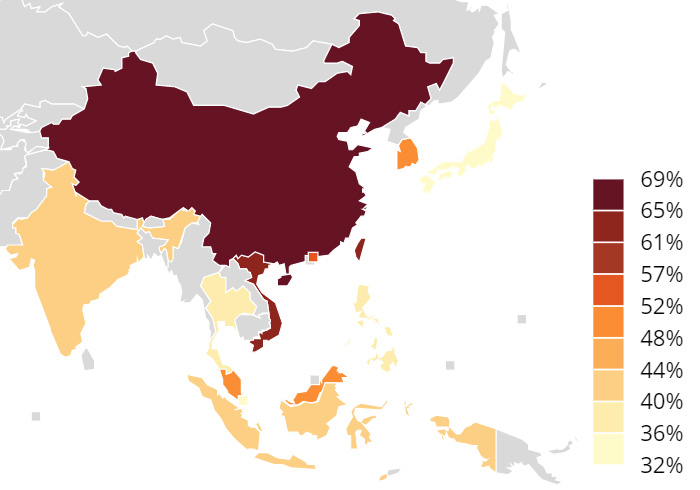 Climate change is consistently second highest in issues of personal concern for every single country we surveyed. You begin to see country specific concerns only when you look at the third most impactful issues:

It’s evident that air and water pollution, as well as climate change are top concerns to consumers not only in Asia, but across the globe. They know no borders, which makes global efforts like Earth Day all the more important as we look into the future. At the same time, country specific environmental issues reflect the voices of local concerns, calling the need for local action plans. The diversity of Asia is no such exception. It takes a village – in the case of environmental issues, it takes a global village to better the local lives of consumers across the planet.

The environment is personal – a reflection of who we are, what we do and value. What will you do?

Share this
Can sharing economy succeed in Asia?
-Consumer acceptance of Uber, Airbnb in Asia- Consumer perception of data privacy in Asia