Study abroad ~ Asian Trends on Planning, Where to Choose?

Asians are often associated with being enthusiastic and hardworking students hardworking and their enthusiasm about study, and Chinese and Indian MBA students are reported to push-up and inflate GMAT average test scores nowadays giving out some threats to American prospects.*
How interested are these students in pursuing their study abroad? Are they up to pursuing their study abroad? Along with Usability & Attitude study of English reported in our previous article “Can we survey in English?” ~ Realty of English Penetration in Asia ~, we also survey the respondents their willingness and plans on studying abroad and analyze the current trends.

The most enthusiastic people about study seems from India, as 52% total respondents showed somewhat interest on studying abroad whether in a long-term or short-term period, near or far future. This is followed by other Southeast Asian countries with rising economies such as Thailand (45% total), Malaysia (38%), Vietnam (36%) also showed higher interest rate as well as Korea and Hong Kong (34% each). Taiwan (total 28% showed somewhat interest) and China (26%) seems rather taking conservative side, and majority people in Japan appear to prefer to stay in their own country and only 10% showed interest to dare go abroad to study.

Are you considering studying abroad in future? (SA) 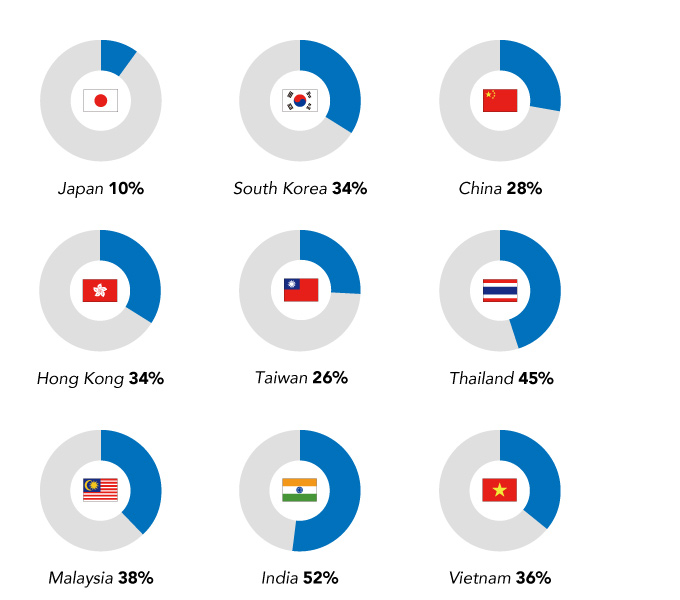 Regarding which study / school types they are interested in attending, the most popular option was [ESL or other language school] (27.7%). Meanwhile, [Master/ Doctor Degree] (27.0%) comes in second overriding [College / 2-year College] (20.2%) or [Other specialty certificate] (12.3%). This result could have been different if we focused on teens and younger age segments only, though, instead of taking balanced age distribution in our survey. Nevertheless, the overall trend among their Multiple Answer choices shows that about the same number of people or over ¼ of those who wish to study abroad are either attempting to casually study language or considering continuing their education for higher degree.

Are you considering studying abroad in future? (SA) 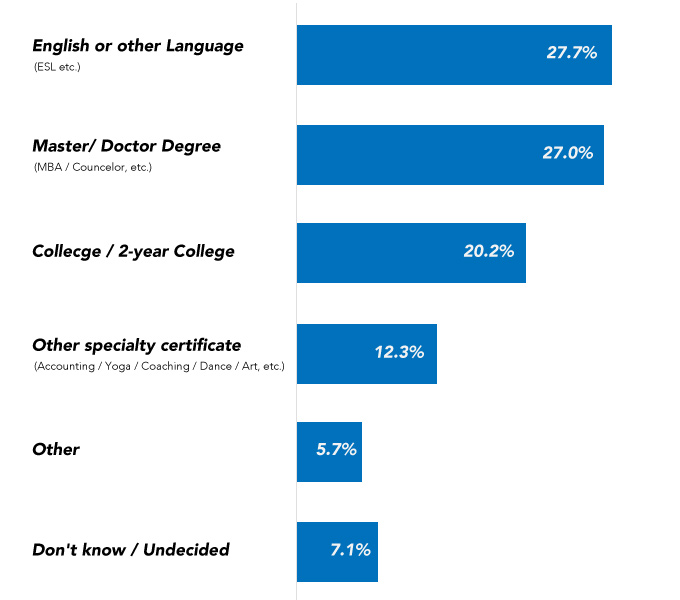 As for their potential study destination, UK comes first as an individual popular choice, followed by Australia and Canada. When both the west and East coast of the USA is combined, the USA takes the most popular prize (N=515).
Singapore ranked in 6th for their quality of education and being the most prevalent English-speaking country in Asia.

In which country / region are you considering to study abroad? (MA) 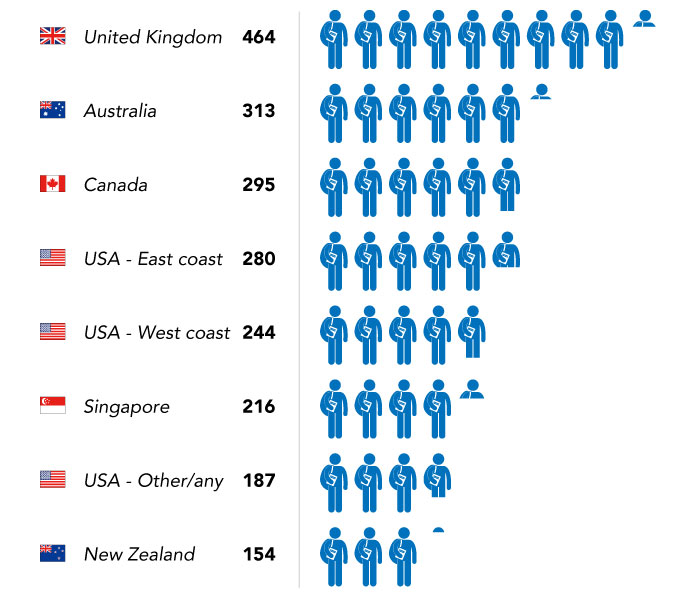 4. Attempts of Asian Parents to Send their Kids abroad

For those who have kids in their household, we also asked their plans on having their kids study abroad. The result was somewhat parallel to the result of the first question on planning for themselves; the highest were Vietnam, India followed by Malaysia and Thailand, moderate for Korea and Hong Kong. Less than 50% parents in China, Taiwan, Japan answered they are somewhat considering sending their kids abroad.

Would you consider sending your children abroad for study? (SA) 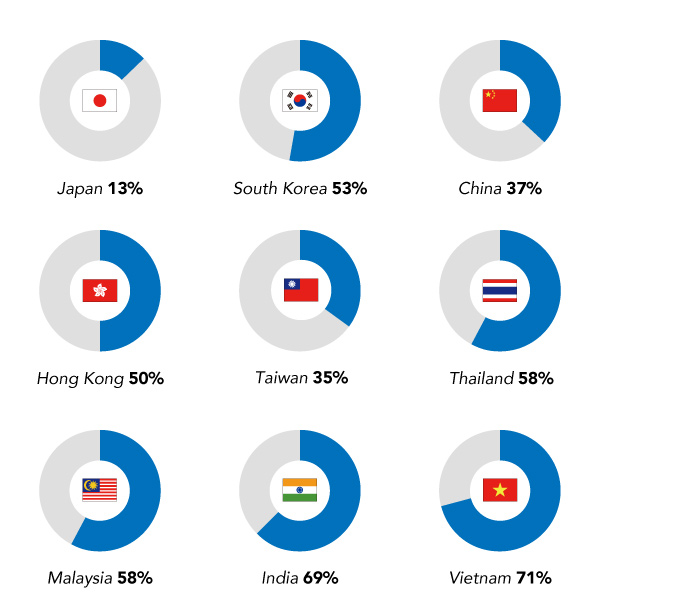 From the result, we could see those in the countries with rising economy seem to look outside of their nation more for their study, and graduate schools are one of the popular options, together with language schools, to pursue their education to expand their future opportunities.

Share this
Online shopping the new norm in China.