The investments Rakuten Insight is making in Taiwan are aimed at increasing local client’ support and building a team of highly experienced professionals to provide a tailor-made service around Taiwan’s specific business requirements.

The move is on the back of inroads made by the Rakuten group in the country. Rakuten Insight recruits members from the Rakuten Ecosystem to take part in various types of market research.

The Rakuten Ecosystem is made up of customers from a diverse group of companies; centrally driven by a loyalty system known as “Rakuten Super Points”. Rakuten Super Points are earned through various activities within the group; the points are then very easy to redeem for other goods and services within Rakuten. 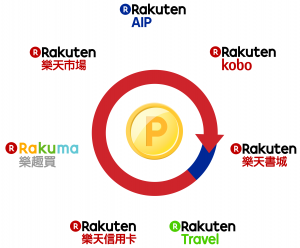 About Rakuten in Taiwan

Rakuten, Inc. (TSE: 4755) is a global leader in internet services that empower individuals, communities, businesses and society. Founded in Tokyo in 1997 as an online marketplace, Rakuten has expanded to offer services in e-commerce, fintech, digital content and communications to more than 1 billion members around the world. Since 2012, Rakuten has ranked in the top 20 of Forbes Magazine’s annual “World’s Most Innovative Companies” list. The Rakuten Group has over 14,000 employees, and operations in 29 countries and regions. For more information visit https://global.rakuten.com/corp/.