First of all, we would like to express our sincere gratitude for your long-term support of Rakuten AIP.

As our valued customer and partner, we are certain that you are familiar with the existing AIP logo, and although it has had a few changes through the years it has always represented the very best Asian sample and research know-how available in our industry.

Since 2014 AIP has been a part of the Rakuten group; a global leader in internet services; and during that time we have proudly displayed our traditional logo including the existing AIP logo combined with the Rakuten brand logo.

Rakuten AIP will have a new logo from today.

We have updated our logo to represent Rakuten AIP being a core brand within the Rakuten group.

What hasn’t changed is our commitment to continuing to invest in our proprietary market research panels while leveraging synergy within the Rakuten group. This change, although small, is one of the most exciting opportunities in our 20-year history. 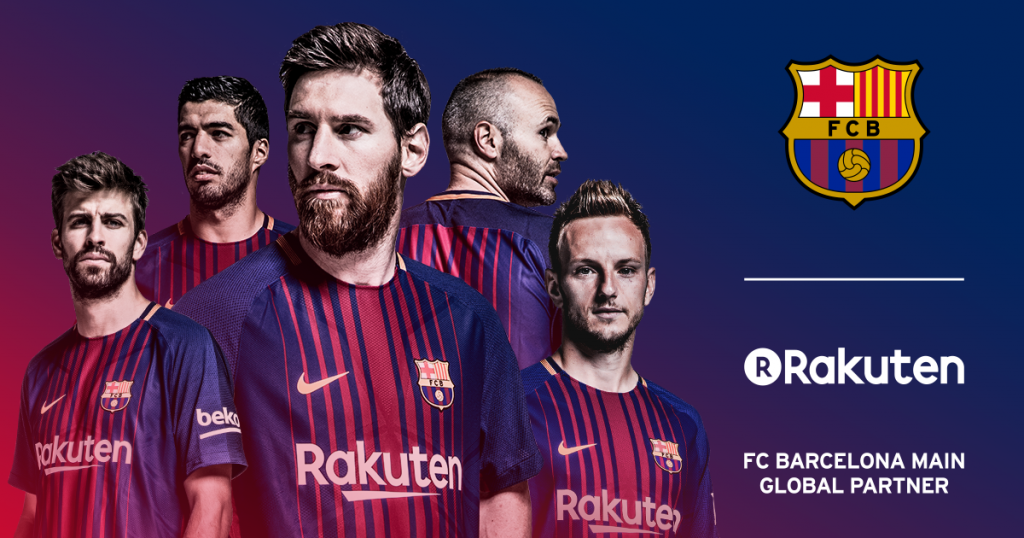 More than a company, more than a club: Rakuten is now the official partner of FC Barcelona.

The agreement is unique. Rakuten will not just be a sponsor of the club, but its Main Global Partner and its first Global Innovation and Entertainment Partner. It’s a true partnership that is about much more than having our logo on the team shirts.

Rakuten’s various services will be used by FC Barcelona in new and exciting ways – to deepen communications with fans and to share the Barca story with even more people around the world.

Barca is a special club – and that’s why we chose to partner with them.

From today, household names such as Messi, Suarez, Neymar, Pique and Iniesta, will be wearing the Rakuten name when they compete.