With the 2018 Pyeongchang Winter Olympic games in full swing we decided to take a look at how the Winter Olympics sits in the Asian psyche.

The current games being held in South Korea mark the 3rd time that the Winter Olympics has been held in Asia, and the first time outside of Japan (Sapporo 1972, Nagano 1998). The next Winter games are slated to be held in Beijing in 2022 – making it back to back for Asia – and making Beijing the first city to host both the Summer and Winter Olympics.

Previously in Asia Express we asked people about what their favorite sports. In this issue we will try to understand how this years largest sporting event capture the imagination of people across Asia.

Interest is high across the region with at least 50% of people in each country expressing at least some interest in the Quadrennial event. 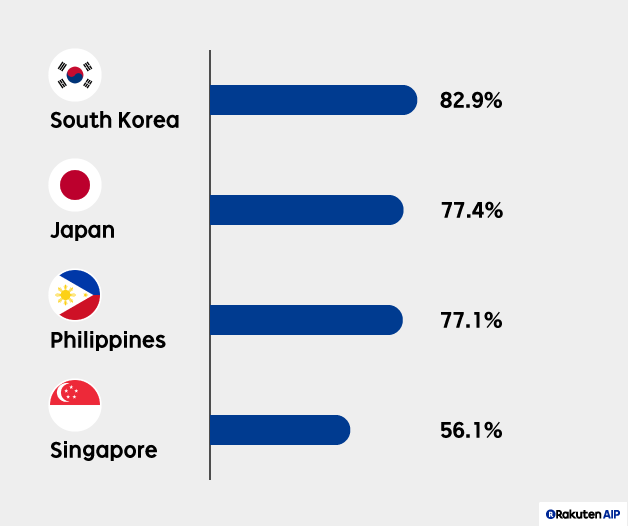 The country showing the highest level of interest, not surprisingly in South Korea – with 82% of people expressing that they are at least interested in the event. A little more surprising though might be the high level of interest shown in the Philippines considering it is a nation that enjoys an average year round temperature of over 26°C (79 Deg F). The spike in interest could well be because for the first time in Philippine history the island nation is sending two athletes in different sports for the Winter Olympics.

Second only to South Korea in terms of interest is Japan, with 77% of people indicating that they are at least somewhat interested in the proceedings. Amongst the Asian countries, Japan is sending the largest contingency of athletes at 124* with figure skating and ski jump amongst the most anticipated contests from a Japanese perspective.

Singapore expressed the least interest in the Winter games, with only 56% of participants indicating that their interest; despite the advantageous timezone. With only one competitor (Short Track Speed Skating) the City state will most likely turn elsewhere for entertainment during the games.

Share this
Basketball in Asia Is an increasing spend on “Flower Watching”
a good sign for the economy in Japan?